Woods, 37, and Vonn, 28 — who, as a visually striking blonde, is a striking resemblance as Tiger’s ex-wife, Elin Nordegren. “This season has been great so far and I’m happy with my wins at Torrel Pines and Doral Open, “Woods said in his Facebook post. 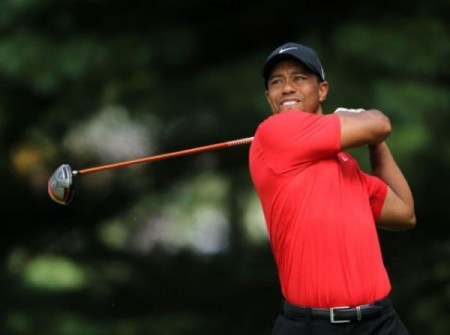 “Something nice that’s happened off the course was meeting Lindsey Vonn. Lindsey and I have been friends for some time, but over the last few months we have become very close and are now dating. “We thank you for your support and for respecting our privacy. We want to continue our relationship privately, as an ordinary couple and continue to compete as athletes.”

Vonn’s post about Tiger was just as intimate. “I guess it wasn’t a well-kept secret but yes, I am dating Tiger Woods, “the Olympic gold-medalist wrote.

“Our relationship evolved from a friendship into something more over these past few months and it has made me very happy. “I don’t plan on addressing this further as I would like to keep that part of my life between us, my family and close friends.”

Many have warned Vonn to stay away from Woods, who cheated on his wife with Manhattan nightclub hostess Rachel Uchitel on November 25, 2009. Two days later, around 2:30 a.m. on November 27, Woods left home in his Cadillac Escalade SUV and, while still on his street, collided with a fire hydrant, a tree, and several hedges. He was treated for minor facial lacerations and received a ticket for careless driving.  Following intense media speculation about the accident, Woods released a statement on his website taking sole responsibility for the accident, calling it a “private matter” and crediting his wife for helping him from the car. On November 30, Woods announced that he would not be appearing at his own charity golf tournament, the Chevron World Challenge, or any other tournaments in 2009, due to his injuries. 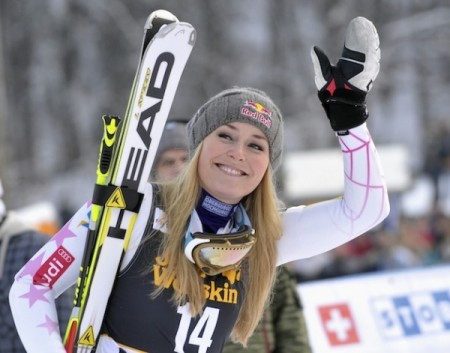 On December 2, following the release by US Weekly of a voicemail message allegedly left by Tiger for a mistress, Woods released another statement in which he admitted “transgressions” and apologized to “all of those who have supported [him] over the years”, while reiterating his and his family’s right to privacy. Over the next few days, more than a dozen women claimed in various media outlets to have had affairs with Woods. On December 11, he released a third statement admitting to infidelity and apologizing again, as well as announcing that he would be taking “an indefinite break from professional golf.

We wish Lindsey Vonn the best in her quest to reform this established playboy.