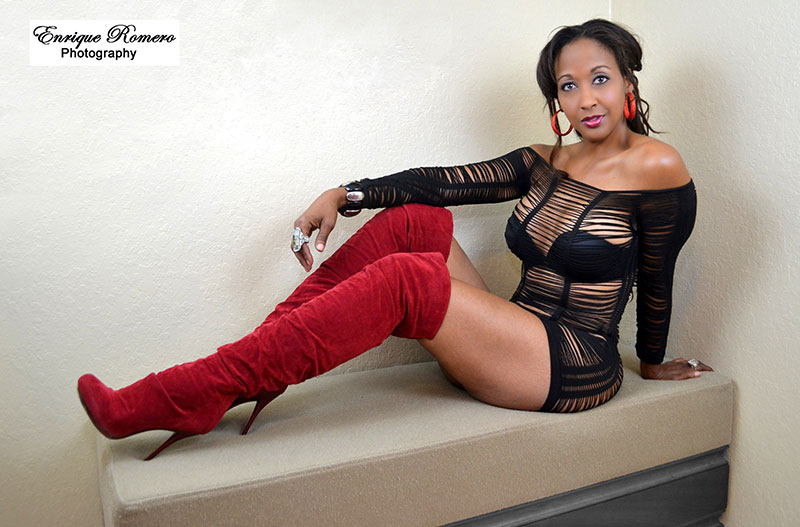 SOMETHING ABOUT ANDREA DREA

If sexiness aged like fine wine then we saved the best for last with the beautiful and elegant Andrea Drea. The Creole stunner with the gift of curves and a beautiful soul was ready, willing and able to dish about her non-existent sex appeal (yea right!), numerous accomplishments in the modeling world and her moonlighting as a graphic designer. Beauty, booty and brains? This shy tech goddess

SB: How did you start your modeling career? How would you describe your sex appeal and beauty?

AD: “I actually started my modeling career later in life, because I served in the military. I was initially approached while stationed in Geilenkirchen, Germany by a photographer, who stated that I had a very unique and exotic look. I took a chance and shot with him on a project and simply adored the experience and of course the results of the images. That is where it began, and the passion and desire to succeed has grown from there.

Personally, I don’t really think that I am beautiful on the exterior (the surface). I think that my real beauty is housed deep inside and comes out in my images through my smiles, gestures, and the way I look at the camera. I am laughing, cause I don’t consider myself as “having sex appeal,” but for the sake of answering this question…I will say that my appeal comes across in the way I interact and communicate with others.  Once someone takes a little time to get to know me, they will see that I may look “pretty” on the outside, but I am “beautiful” in my soul.”

SB: What would you consider your sexiest attributes that drive your fans crazy?

AD: “Oh my goodness…we should probably ask them that. But I have gotten lots of comments on my eyes, my lips, and my smile.”

SB: What modeling accomplishments have you completed in 2013-14?

AD: “In 2013-14, I sort of stepped back a bit due to working three jobs and going to school full-time but I was in Xtreme Magazine, Black Hair Sophisticates Magazine (three times), two Popeye’s commercials, a public service announcement for healthcare, a commercial for Lana William’s Photography (Panama City, FL); was an extra on the show “Single Ladies,” published in two photography books, LOTS of promo work for car shows, Patron, Shellback Rum along with lots of little local projects with photographers in and around Panama City, Orlando, and Atlanta.” 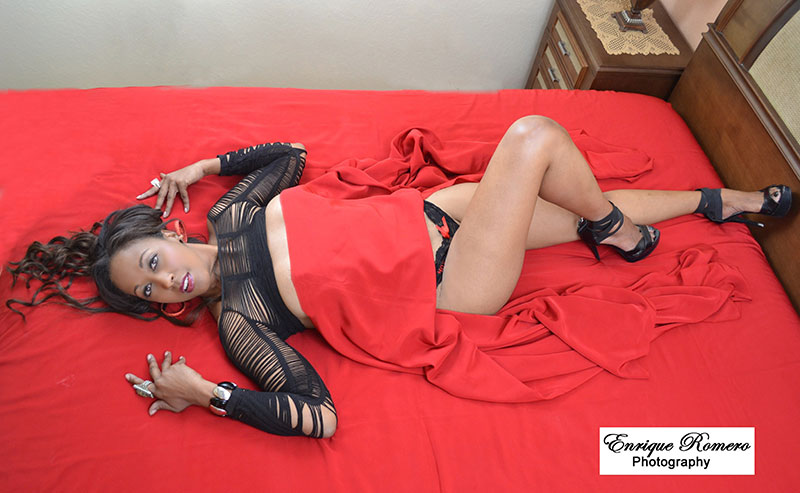 SB: What is the sexiest activity you’ve participated in?

AD: “Without getting too deep or personal, I will try to remain as shallow as possible here, I would say …Ummmm….I’m really not sure. When I think of “sexy,” I think of getting all dolled up for just the right person and just the right situation. But “sexiness” can be found in everything, so the sexiest non-sexual activity for me would be working out. Yes, I know that sounds crazy, but when I am in my workout zone, with my head phones on, sweating, and if you watch my muscles working, growing, and improving — that is pretty hot LOL!”

SB: How does it feel to be featured in Stunner Baby Magazine? How did you hear about us?

AD: “I was introduced to your magazine by a local photographer Enrique Romero. He basically, told me that I would be a pretty nice addition to your already wonderfully beautiful and talented featured models. I would personally be honored if selected to be amongst the young ladies featured in Stunner Baby Magazine. I do not take this opportunity for granted, and thank God if it were a reality.”

AD: “I have a Samsung Galaxy S4 and I carry a Toshiba tablet. I am a graphic design student and I honestly spend most of my time on my HP laptop computer doing research and projects. I am laughing right now, cause I should know more about my phone and tablet, but I use them mostly to show my work as a model and as a Graphic Designer. I have recently started using some of the apps on my phone (don’t laugh) like Scramble Free.”

SB: What advice would you provide to a new model to the modeling game?

AD: “I would say, ‘Remain true to yourself!’, ‘Don’t allow anyone to hamper or down grade your hopes and dreams. While at the same time don’t allow anyone to derail or push you into a category of modeling that does not suit or fit your personality.  I’d also say ‘To be comfortable in your skin and love who you really are, not what the world see’s on the exterior…but to embrace your true beauty within. Don’t be a diva—cause it really is not always about you!  Be professional, courteous, and timely…bring you ‘A-Game’ to EVERY shoot.’”

SB: Have you been featured in a music video? Who was the artist? What did you experience?

AD: “I was in a music video for a local group—but no big name artists. It was when I first returned to the United States and was embarking upon my modeling and acting career.”

For more of the enchanting Andrea Drea, Visit