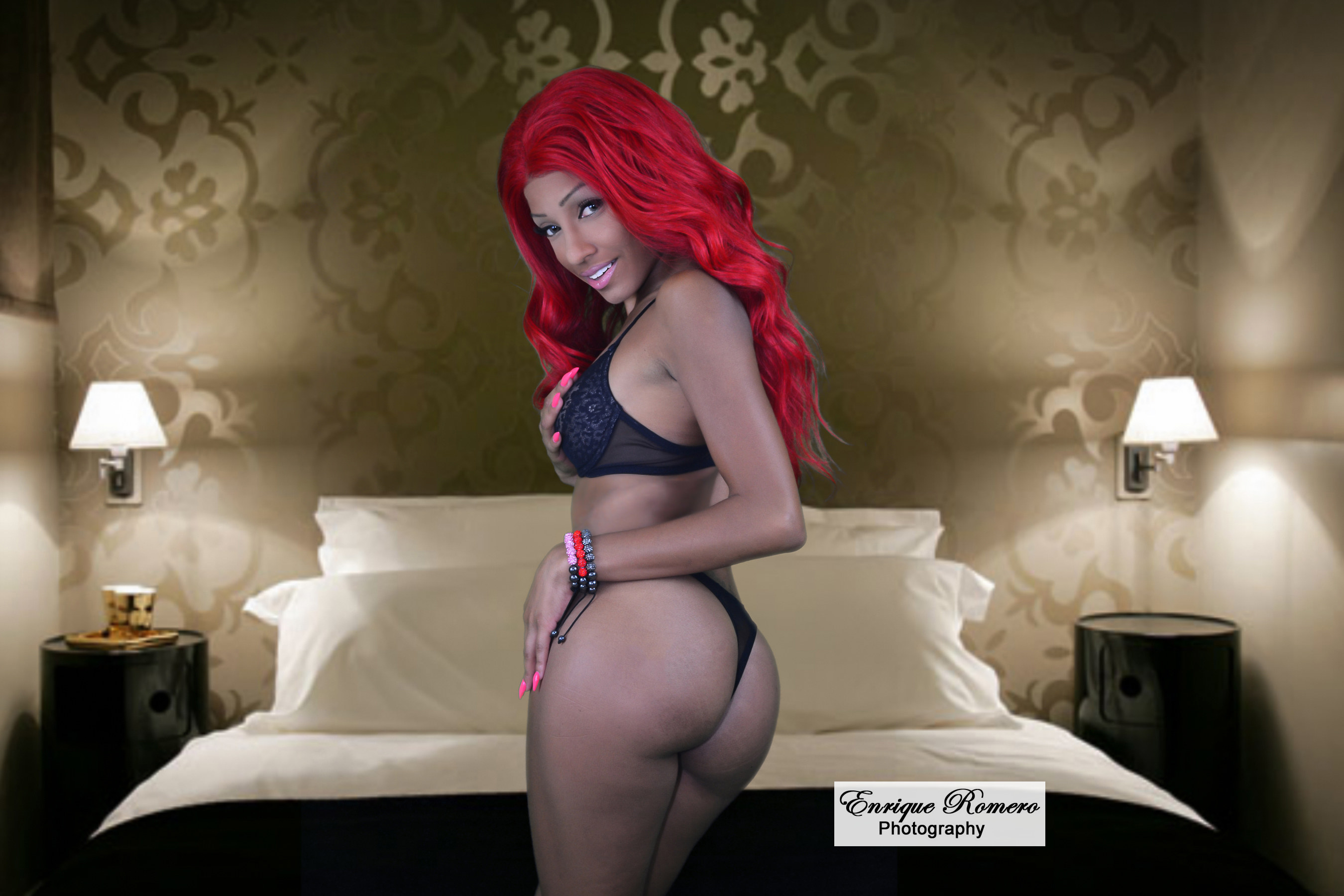 SOMETHING ABOUT RED HEAD BARBIE STATS

SB: What is the sexiest activity have you participated?
RB: “Great question! I did a photo shoot with a pretty young lady that involved cake and ice cream. Boy! That sounds really sticky and it was but the end results … Well worth it.”

SB: How does it feel to be featured in Stunner Baby Magazine? How did you hear about us?
RB: “I’m EXCITED and feel honored to be apart of your magazine! My photographer
Enrique Romero is really doing his work. Unlike a lot of photographers who do nothing
with there craft but let it sit on a hard drive. So thanks Enrique Romero for being the best photographer ever!” Muah xoxo

SB: What type of cell phone or tablet are you representing? What do you love about your phone or tablet technology?
RB: “Team iPhone 5c in Pink which they made it I’m RED!! I can’t say I love it because once you miss a back-up and it get missing everything’s gone and I hate that I have to rely on it for so much information. But other than that everything I need is right at my finger tips!!”

SB: What advice would you provide to a new model to the modeling game?
RB: “Walk around with your mouths shut and ears open with humbleness! Be that girl that
everybody wants to work with… Look at me!!! Who doesn’t want to know REDHEAD BARBIE!!”

SB: Have you been featured in a music video? Who was the artist? What did you experience?
RB: “I have been featured in a lot of music videos I just did two in the past week that aren’t out
but my latest one I think is Young Banks ft Laia Tiffany “Control Me.” It was a very sexy and some what intimate a lot of touching and kissing great chemistry type of work. I had a blast!”

For more of the fiery Redhead Barbie, visit