Posted by stunner3baby | On October 03, 2014 | Leave a comment | Under: Claude Julian, Columnists, Features, Letter From The Editor 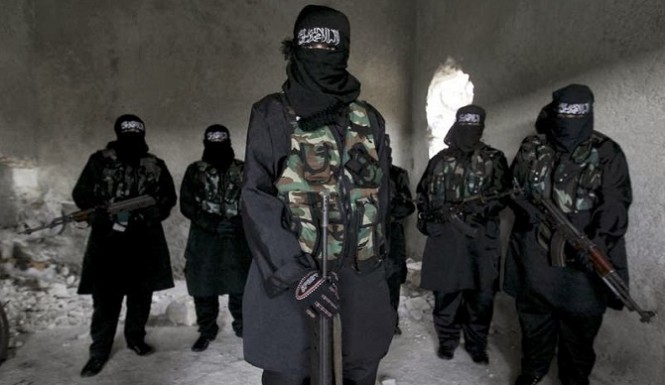 In recent months the terror Islamic State group called ISIS has grabbed international news headlines for there beheading of American citizens in video-taped butchery. ISIS (Islamic State of Iraq and Syria) is coming steadfastly to the United States spreading there anti-American hatred of the liberation of the Islamic State. ISIS views Americans as the most despicable people in the world.

This terror warfare killing team appeared to have a sophisticated and well thought-out plan for establishing its “Islamic Caliphate” from northern Syria across the western and northern deserts of Iraq, many experts and officials have said, and support from hostage-taking, robbery and sympathetic donations to fund it. They use drones to gather overhead intelligence on targets and effectively commandeer captured military vehicles – including American Humvees — and munitions.

“They tried to push out as far as they thought they could and were fully prepared to pull back a little bit when we beat them back with airstrikes around Erbil. And they were fine with that, and ready to hold all of the ground they have now,” a second official told ABC News.

ISIS didn’t necessarily count on holding Mosul Dam, officials said, but scored a major propaganda victory on social media when they hoisted the black flag of the group over the facility that provides electricity and water to a large swath of Iraq, or could drown millions if breached.  The Islamic State of Iraq and the Levant or Islamic State of Iraq and Syria, abbreviated as ISIS or ISIL, is a devout Muslim group actively waging jihad in Iraq and Syria. They are notorious for their vicious savagery (to stand out among jihadist groups takes some doing) and bloodshed.  It was established in the early years of the Iraq War, and pledged allegiance to al-Qaeda in 2004, becoming known as al-Qaeda in Iraq. The group was composed of and supported by a variety of insurgent groups, including its predecessor organization, the Mujahideen Shura Council, Al-Qaeda, Jaysh al-Fatiheen, Jund al-Sahaba, Katbiyan Ansar Al-Tawhid wal Sunnah, Jeish al-Taiifa al-Mansoura, etc., and other clans whose population is of Sunni faith. It aimed to establish a caliphate in the Sunni majority populated regions of Iraq, later expanding this to include Syria.

ISIS was formed during April 2013 and has evolved in one of the main jihadist groups fighting government forces in Syria and Iraq. ISIS regards Baquba, Iraq, as its headquarters with its allegiance to Abu Omar al-Baghdadi as the group’s emir.  Baghdadi’s real name is Hamed Dawood Mohammed Khalil al-Zawi.

“They’re incredible fighters. ISIS teams in many places use special operations TTPs,” said the second official, who has considerable combat experience, using the military term for “tactics, techniques and procedures.”

In sobering press conference recently, Secretary of Defense Chuck Hagel said ISIS has shown that it is “as sophisticated and well-funded as any group that we have seen.”

“They’re beyond just a terrorist group. They marry ideology, a sophistication of strategic and tactical military prowess. They are tremendously well-funded,” he said. “This is beyond anything that we’ve seen.”