Stunner Baby Magazine is all over “Need for Speed” because of our love for video racing game craze. “Need for Speed” is a high-octane, jaw-dropping, visual kick-ass, American action  film filled with high-end supercars, wealthy high risk entrepreneurs, and savvy exotic car dealers.  “Need for Speed” is directed by Scott Waugh, written by George Gatins and John Gatins and produced by DreamWorks Pictures. It is an adaptation of the most successful racing video game franchise of all-time with over 140 million copies sold by Electronic Arts also entitled “Need For Speed.” DreamWorks Pictures adaptation captures the thrills of the game in a real-world setting. “Need For Speed” marks the exciting return to the classic car-culture films of the 1960s and ‘70s, when authenticity provided new level of intense and shines the spotlight on the myths of American open road racing.

“Need for Speed” stars Aaron Paul (Tobey Marshall) as a street racer  falsely sent to prison because of the sinister intent of a wealthy business associate as a result of a top-notch cross country race. Revenge fuels Tobey’s mind as drives his custom built 2015 Ford Mustang cross country, eluding a massive bounty (“Die or Alive”) placed on his head as the race begins. During the film, you can witness the spectacular genius of director, Scott Waugh’s eye for capturing the power and precision of the high-end super cars. The multiple dimensional super cars from all the world’s greatest car manufacturers of the world are represented throughout “Need for Speed.”   You will be amazed by the 55 world class technology designed muscle speed cars racing through danger toward high-stakes winning riches.

“Who’s Who” in high-end performance racing super cars making an appearance are as follows: (partial listing)

– Ford GT – “Ford designers worked to achieve a seemingly impossible feat – to give even more “muscle” to this iconic car.” 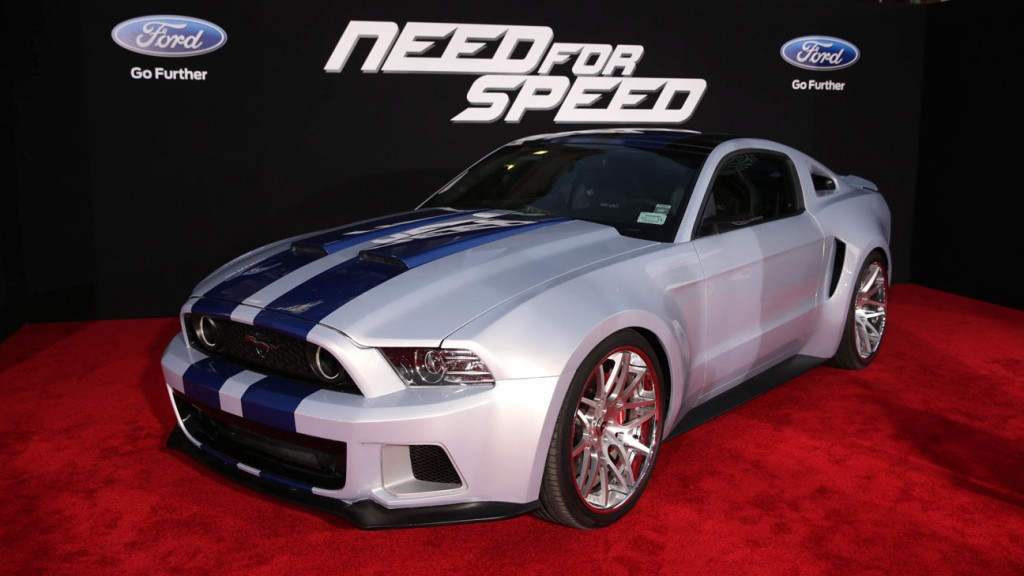 – Jaguar C-X75 (police car) – “The most advanced Jaguar ever created.”

– Maserati Gran Turismo MC Stardale – “An engine whose roar is rendered even more captivating by the permanently open by-pass when the race button is pushed.”

– McLaren P1 – “The astonishing new McLaren P1, which debuted in production form at the Geneva Motor show 2013, has a clear goal to be the best driver’s car in the world on the road and on the track.”

– Porsche Carrera GT – “It’s truly an outstanding performance super-sports car by Porsche engineers who transferred the great demands made the race track to a road going sports car for regular use.”

– SRT Viper Time Attack (Dodge) – “SRT engineers looking to develop a potent and stunning track-day Viper ready for enthusiasts to take on any of North America’s over 150 road racing circuits.”

“Need for Speed”  is a series of racing video games published by Electronic Arts (EA) and developed by several studios including Canadian company EA Black Box and British company Criterion Games. The “Need For Speed” (NFS) series are racing games, all of which employ the same fundamental rules and have similar mechanics. In each game, the player controls a race car in a variety of races, the goal being to win the race. In the tournament/career mode, the player must win a series of races in order to unlock vehicles, tracks and some of the fastest cars possibly made by mankind. Before playing each race, the player chooses a vehicle to race in and has the option of choosing the transmission of the vehicle, which includes automatic and manual transmission.

Budgeted at $66 million, “Need For Speed” was intended to launch a franchise in the spirit of “Fast & Furious.” Speed’s domestic box-office of $17.8 million in the opening weekend was a bit disappointing. More than half of those who did forsake their consoles in their parents’ basement for the communal warmth of the multiplex were between the ages of 18 and 34. In years past, a majority of young adults usually translated into a hit movie. Speed did much better foreign box-office, where it earned $45.6 million. In fact, the picture registered a higher gross over the weekend in China, $21.1 million, than it did in North America. The second-biggest foreign take, $5.5 million, was in Russia, and the fourth-highest, $1.9 million, in Malaysia, where the locals could use some diversion from the news of a lost airplane to enjoy a movie about car crashes.