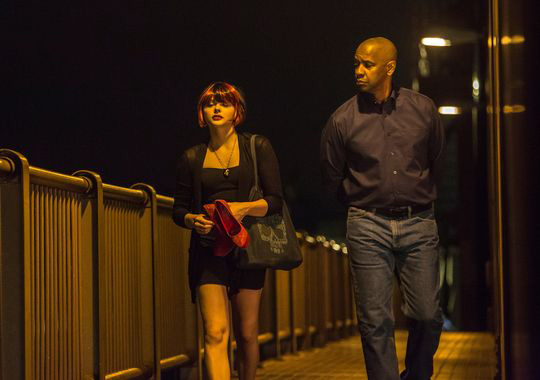 Chadwick Boseman who starred in the Jackie Robinson Story “42” gives an explosive  performance as James Brown in the motion picture smash hit film, “Get On Up,” based on the incredible life story of  the Godfather of Soul. “Get On Up” is a fearless and uncensored look inside the music moves and moods of James Brown, on the journey from his impoverished childhood to his evolution into one of the most influential figures of the 20th century. Boseman flat-out delivers the Godfather of Soul in this long-awaited biopic. He struts around with Brown’s signature strut-bold swagger, smiles with enough brilliance to make a boy who grew up in the 70’s put on a pair of his new black patented leather shiny shoes as he glides  across the dance floor like ice on a snowy road.

Boseman was spot on while delivering Brown’s trademark raspy speaking voice while owning every dance move that ignited the soul of Mr. Dynamite.  One could describe Boseman’s performance in “Get on Up” as electrifying, and that would not be wrong. However, it’s more accurate to say that watching Boseman transform into James Brown, who died in 2006 at 73, is like watching a dude inventing electricity while the idea for electricity has yet to occur to him. Tate Taylor — the director of this film, the follow-up to his 2011 late- summer hit, “The Help” — needed a vibrant, convincing Brown to make this movie work. For many years, James Brown’s touring show was one of the most extravagant productions in  American popular music. At the time of Brown’s death, his band included three guitarists, two  bass guitar players, two drummers, three horns and a percussionist. The bands that he maintained during the late 1960s and 1970s were of comparable size, and the bands also  included a three-piece amplified string section that played during ballads. Brown employed  between 40 and 50 people for the James Brown Revue, and members of the revue traveled with him in a bus to cities and towns all over the country, performing an upwards of 330 shows a  year with almost all of the shows as one-nighters.

Chadwick Boseman in James Brown biopic, “Get On Up”

One of the more revealing scenes in the movie reveals a brutal rehearsal in which Brown, at his most control freak temperament, grows upset with his musicians, limited view of his musical genius during a run-through of the funk-driven song “Cold Sweat.” Brown finally hammers home his vision by screaming out that no matter what their instruments may look like, they are  all drums. Brown’s the first true funk song, “Cold Sweat”, which hit number-one on the R&B chart and  became one of his first recordings to contain a drum break and the first featured harmony that was reduced to a single chord. The instrumental arrangements on tracks such as “Give It Up Or Turn It A Loose” and “Licking Stick-Licking Stick” and “Funky Drummer” featured a more developed version of Brown’s mid-1960’s style, with the horn section, guitars, bass and drums meshed together in intense rhythmic patterns based on multiple interlocking riffs.

Changes in Brown’s style that started with “Cold Sweat” also established the musical foundation for Brown’s later hits, such as “I Got the Feelin” (1968) and “Mother Popcorn” (1969). “Get Up (I Feel Like Being a) Sex Machine” is a funk song recorded by James Brown with Bobby Byrd on backing vocals. “Sex Machine” was one of the first songs Brown recorded with his new band, “The J.B.’s, and it plays to their distinctive strengths. The original single version of “Sex Machine” — recorded, like many of Brown’s hits, in just two takes — begins with a spoken dialogue between Brown and his band which was recreated with minor variations in live performances: Fellas, I’m ready to get up and do my thing! (Yeah! That’s right! Do it!) I want to get into it, man, you know? (Go ahead! Yeah!) Like a, like a sex machine, man, (Yeah!) movin’, doin’ it, y’know? (Yeah!) Can I count it off? (Okay! Alright!) One, two, three, four! Get Up! Get On Up!

To learn more information about “The Equalizer”, visit