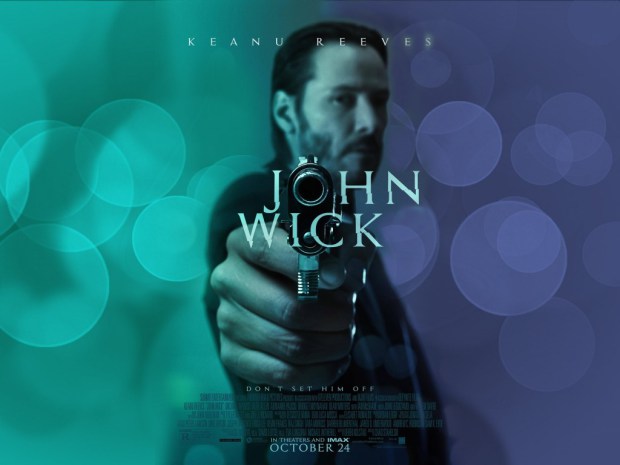 Keanu Reeves returns as an ex-hitman who enters back into the underworld he fought so hard to leave behind in the action thriller, John Wick. Reeves’ reconnect with his “Matrix” collaboration team, director Chad Stahelski and producer David Leitch. It marks Stahelski, Leitch and Reeves’ return and collaboration to original screenplays in the action film genre since “The Matrix” trilogy.  “John Wick” approaches action scenes with Japanese animation and martial arts brilliance.  The film use high level fight choreographers and kung fu techniques from Hong Kong action cinema.  “John Wick” pays homage to works such as John Woo’s “The Killer”, Jean-Pierre Melville’s “Le Cercie Rouge” and “Le Samourai”, John Boorman’s “Point Blank”, and  spaghetti western subgenre of Western films.

“John Wick” who just lost his wife Helen to cancer, receives a gift from her posthumously in the form of a puppy named Daisy, along with a letter from her saying she arranged for him to have Daisy to help him cope with her demise. Initially indifferent to Daisy, he eventually connects to the puppy as they spend the day driving around in his vintage ’69 Mustang. He encounters a trio of Russian gang members at a gas station and their  leader Losef insists on buying his car, but John refuses to sell and makes a snide remark at Losef before leaving.  The three follow John to his home, break in at night, and attack John, who watches defenselessly as they kill Daisy before stealing his car. The following day, Losef attempts to have the car modified by Aureilo, the owner of a chop shop who refuses to take it  and hits losef when realizing who it belonged to and what losef did to steal it. John subsequently visits Aureilo, who tells him Losef is the son of Viggo Tarasov, head of the Russian crime syndicate in New York and John’s former employer, before lending him another car. 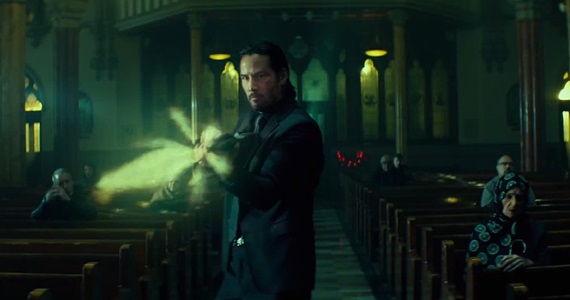 Aureilo, who works with Viggo, is forced to explain what happened to Viggo, who berates Iosef and explains who John Wick is: his best assassin, nicknamed Baba Yaga (or “the Boogeyman”), who, before retiring to care for his dying wife five years prior, helped Viggo gain control of his syndicate by single-handedly eliminating the competition, a task he considered “impossible.” Viggo, wanting to protect his son, attempts to talk John out of seeking retribution, to which John abruptly disregards, prompting Viggo to send a hit squad to John’s house to execute him, only for John to dispatch swiftly. Viggo then puts a $2 million bounty on John and first gives the offer to Marcus, a veteran assassin and John’s mentor, who begrudgingly accepts. John subsequently seeks refuge at the Continental, a hotel that exclusively caters to assassins, with the rule that no business can be conducted on premises. When Viggo learns of this, he doubles the bounty. John learns from Winston, the owner of the Continental, that Viggo has Iosef protected at his night club the Red Circle.

Reeves spent four months learning Judo, Japanese ju-jitsy, and Brazilian jiu-jitsu from “some of the toughest guys” both Stahelski and Leitch have encountered, which included their “LA SWAT and Navy Seal friends”. Reeves eagerly went on an intense regiment training on a new style of close-quarter combat due to the need and wish of using and utilizing practical grappling martial art forms with guns.

“Back in action-hero mode, Keanu Reeves joins forces with his ‘Matrix’ stunt double to deliver a slick and satisfying revenge thriller.” He described the piece as “a technically impeccable actioner” and admired the director’s gift to “understand what a thrill well-choreographed action can be when we’re actually able to make out what’s happening.”