The new self-titled Beyoncé, 14-track masterpiece set described as her “visual album”, accompanied by music videos. Musically, the album explores electro-R&B and pop elements, combining driven beats, loose song structure, and emotional vocals. She revisits her theme of self-empowerment, but takes on much darker themes previously unexplored in her music, such as post-natal depression, insecurities of womanhood and frank, often explicit, discussion of sex. Beyoncé  featured on her fifth studio LP, features guest spots from Jay Z, Drake, Frank Ocean, and Nigeria writer Chimamanda Ngozi Adichie. In addition to credits across the album for Pharrell Williams, Timbaland, Justin Timberlake, Terius Nash and Hit-Boy, there’s a writing/production credit for Chairlift’s Caroline Polacheck (on the song “no Angel”). Drake and his house producer Noah “40” Shebib teamed up to write/produce Boots credited on a number of songs. Beyoncé garnered acclaim from critics who commended its experimental production and her vocal performance. During its first day of release in the United States, Beyoncé sold 80,000 digital copies in its first three hours and a total of 430,000 digital copies within 24 hours. In its second day, the album sold 120,000 digital copies, which brought its two-day sales total to 550,000. Billboard predicted it to sell around 600,000 digital copies by the end of the tracking week on December 15, 2013. Beyoncé debuted at number one on the Billboard 200 with three-day sales of 617,213 digital copies, giving Beyoncé her fifth consecutive number-one. It became the highest first-week sales of her solo career, and the best-selling debut week for a female artist in 2013; six days after release it had sold one million digital copies worldwide. “XO” was chosen as the lead single for both the US and worldwide, while “Drunk in Love” was released to urban radio in the US only. The album has sold 3 million units worldwide as of January 2014. 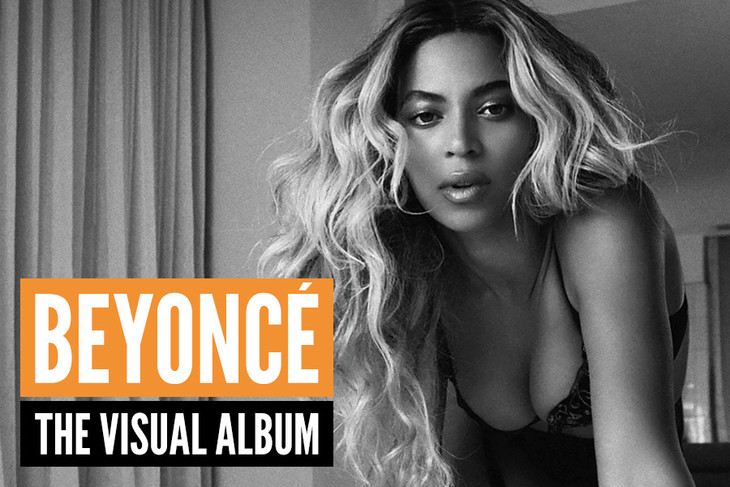 The list of video directors is similar in the range and creativity such Hype Williams to terry Richardson to Twitter mini-celeb and seapunk originator @LILINTERNET. Review the full list of music video directors after the album tracklist.

All of the music videos, including the bonus “Grown Woman”, were released onto iTunes on December 13, 2013. The videos were filmed between June and November 2013 as Beyoncé travelled on her world tour. The locations of which include a Brazilian beach, the Cyclone at Coney Island in New York, a Parisian chateau, a roller-skating rink Beyoncé frequented as a child and a South American church. Todd Tourso, who directed the videos for “Jealous” and “Heaven”, served as the creative director for the entire project. “In his accompanying essay for The Barnes & Noble Review, Robert Christgau, poll’s creator, remarked that the sex depicted on the album is “the raunchiest and most convincing I can recall on record, and married sex at that”, while the density and “juicy physicality” of the songs suggest “ideals of interactive performance absent from both Yeezus’s feckless abandon and the regal self-possession that stiffens Beyoncé’s supposedly more serious songs.” Geeta Dayal of Slate compared the album to Michael Jackson’s Thriller, calling it a “tour de force”, “unstoppable”, and suggested it is helping to reinstate ideas of “the album as an event. The album is a grand career-defining statement.”

TO VIEW MORE OF BEYONCE’S “THE VISUAL ALBUM”, PLEASE VISIT: