Let’s take a quick history lesson reader! Magna Carta Holy Grail wrestles with the challenges of fame and celebrity family trying to make them as compelling as the drug-dealing street life he left behind in Brooklyn long ago. But while he’s on stage, those contradictions melt away. The concept of Magna Carta has managed to remain relevant to the cause of human rights even today, 800 years after it was scrawled on parchment and affirmed with the sticky wax seal of the English king. The first document challenged the authority of the king, subjecting him to the rule of the law and protecting his people from feudal abuse. Fed up, in 1215 the barons rebelled and pressured the king into signing the Magna Carta, a list of 63 clauses drawn up to limit King John’s power.

It was the first time royal authority officially became subject to the law, instead of reigning above it. Habeas corpus, or the right to due process and a trail by jury, is a universal legal concept today, but didn’t exist in the law books until the barons noted in the Magna Carta that:

“No free man shall be seized or imprisoned, or stripped of his rights or possessions, or outlawed or exiled … expect by the lawful judgment of his equals or by the law of the land.”

Magna Carta Holy Grail (stylized as Magna Carta… Holy Grail) is the twelfth studio album by American rapper Jay-Z. It was made available for free digital download for Samsung customers by the JAY Z Magna Carta app on July 4, 2013, and released for retail sale on July 8, 2013, by Roc-A-Fella and Roc Nation while being distributed by Universal.

The album was promoted through various commercials presented by Samsung and was not preceded by any retail singles. It features guest appearances by Justin Timberlake, Nas, Rick Ross, Frank Ocean and Beyoncé Knowles. Production on the album was primarily handled by Timbaland and Jerome “J-Roc” Harmon, while other producers included Boi-1da, Mike Will Made It, Hit-Boy, Mike Dean, No ID, The-Dream,Swizz Beatz, and Pharrell Williams among others. 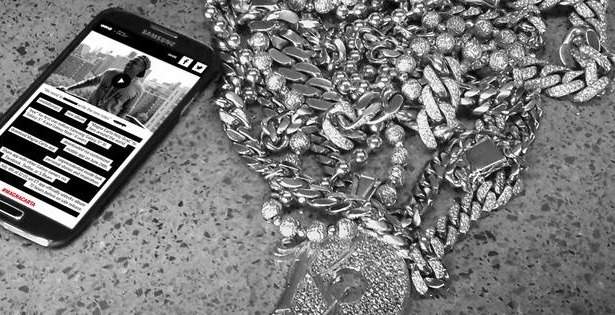 “Holy Grail” is composed in a D minor key, and plays in common time at a tempo of 72beats per minute. The vocal ranges from a G3 to C6. Jay-Z lyrically sampled rock group Nirvana’s single “Smells Like Teen Spirit”, after receiving permission from Love who owns the rights to the original song. In an interview with BBC Radio 1, Jay-Z stated that “Holy Grail” was “the map for the album” and that it set the tone for the rest of MCHG. When the song was first recorded for Watch the Throne Jay-Z thought it would get lost on the album and decided to keep it as the “center piece” for his next album. The song’s lyrics can be interpreted as Jay-Z’s and Timberlake’s’ love-hate affair for fame.

At the time of its release, the album had the second-biggest sales week for 2013, behind Justin Timberlake’s The 20/20 Experience. Magna Carta Holy Grail’s debut marked the first time in Billboard’s history when four different rap albums have consecutively spent weeks at number one, after Kanye West’s Yeezus, Wale’s The Gifted and J. Cole’s Born Sinner. Magna Carta Holy Grail also became Jay-Z’s 13th studio album in a row to top the Billboard 200, extending his record for the most chart-toppers by a solo act in Billboard’s history. By September 2, 2013, It was announced by Billboard that Magna Carta Holy Grail was certified 2x Platinum by the RIAA, for shipments of two million copies. Holy Grail was nominated for Album of the Year at the upcoming 2013 BET Hip Hop Awards.