Stunner Baby Magazine is sadden by the announcement that one of our favorite television series, VH1 will not renew its comedy-drama series Single Ladies for a fourth season. Created by Stacy A. Littlejohn and produced by Queen Latifah’s Flavor Unit Entertainment, the series chronicles the lives of three friends — Raquel, Keisha and April — and their relationships.

During the 2007–2008 Writers Guild of America strike, Littlejohn found herself unemployed for the first time since the age of 16. She took the time to work on a script she had been writing called Modern Love. Producer Maggie Malina of VH1, who was working with Queen Latifah’s Flavor Unit in search of the right project, read the script and asked Littlejohn to pitch a show. Littlejohn responded with VH1’s first-ever hour-long scripted series Single Ladies, which debuted May 30, 2011. Along with the season 3 premiere of Basketball Wives, Single Ladies posted the network’s highest ratings since October 2009 with its two-hour premiere drawing a 1.2 rating in the key (Ages: 18-49) demographics and 1.8 million total viewers. Combined with its 12am encore, Single Ladies drew in a total of 2.8 million viewers. “We’ve been proud to deliver three seasons of the drama, romance and style that engaged viewers in each episode of Single Ladies,” the network said in a statement. “Although we’ve decided not to move forward with another season, we hope to work again with the talented cast, creative team and producers as well as our partners at Flavor Unit Entertainment in the near future. We also thank the show’s fans for their support since the premiere in 2011.” 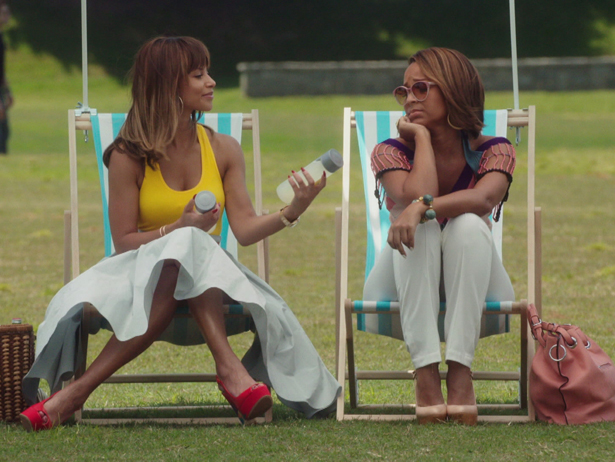 On Season 3 of “Single Ladies”, April and Raquel saw a softer and more vulnerable side of Felicia when she had an emotional breakdown after speaking to her ex-husband on the phone Felicia Price (LeToya Luckett) was first introduced to us as a strong, fierce, successful, and independent woman. At times she could be condescending, rude, and as April would say evil… remember when Felicia blatantly called April stupid?! Nevertheless, every so often we get a glimpse of Felicia’s softer side – from giving April career advice to applauding Omar’s work, we have seen a more human side of this ice queen. This week, April and Raquel overhear Felicia arguing on the phone with her ex-husband. After the heated argument, we were shocked to see Felicia break down in tears.

While the show will air until its March 24 series finale, some of the cast and crew have decided to reach out to fans via social media to react to the shocking news. Show regular Charity Shea, who plays the sexy newly-singled April, reacted to the news by saying, “When you’re done you’re done, no need to die a slow death,” on Twitter, followed by a photo of cartoon standing next to a giant question mark with the caption, “Life as we know it” on Instagram.  Charity’s co-star, Travis Winfrey, who is known for his role as the flamboyant Omar, took to Twitter fans, “You’re not a real actor until your show gets canceled. #fact,” later adding, “I’d like to thank all the fans of @VH1 #SingleLadies for all of the love and support you’ve shown over the last 4 years. We gave it a shot.” LisaRaye released the following statement about the show’s end: “All things come to an end. It has truly been a interesting journey for me. Unfortunately that journey has come to an end. Over the past 3 years being apart of a show that showcased the beauty of friendships, the power of loyalty, some amazing trendsetting fashions and steamy romance. It was really great to give a voice and life to every day situations that we as women face doing so in such a positive relatable Manor is what made single ladies so great. To all of my fans I want to thank you for your continued support we wouldn’t have made it this far without all of you. Of course this will not be the end of LisaRaye please stay tuned for upcoming projects. I send peace and blessings to my cast mates for their upcoming endeavors as well. VH1 Cancels ‘Single Ladies’ – Season 3 Will Be Its Last.”

For more the scoop on Single Ladies Season 3, visit http://www.vh1.com/shows/single_ladies/season_3/series.jhtml