In London, England all classic moviegoers are overjoyed by Film4 Summer Screen which is an annual event showcasing classic films being screened in the courtyard of the magnificent 18th Screen is one of the most popular summertime London attractions with fans of classic cinema.  Film4 Summer Screen involves the screening of critically acclaimed cinematic masterpieces. The films selected in 2010 included Woody Allen’s Manhattan, Quentin Tarantino’s Kill Bill Vol 1 and Stanley Kubrick’s Paths of Glory.

Celebrating 10 years of cinema under the stars, Film4 Summer Screen returned for 14 nights with a special anniversary season. Classic, cult, contemporary, never-seen-before films, plus a public vote winning title on London’s largest screen with full surround sound in the spectacular neoclassical setting of Somerset House. Surrounded by the splendid Palladian masterpiece that is Somerset House, the grand courtyard with its 55 dancing fountains makes for the most elegant setting of any open-air cinema in the UK by quite some margin. Film4 is celebrating the 10th anniversary of  its Summer Screen at Somerset House this year with a brilliant line-up of classic movies.

Oscar-winner Marion Cotillard stars in this riveting French drama about a woman  fighting to keep her job. Tough yet tender, the UK premiere of the new film from acclaimed filmmakers Jean-Pierre and Luc Dardenne kicks off Summer Screen in    A master class in suspense, director Roman Polanski’s sophisticated horror hit stars Mia Farrow as a mother-to-be who starts to sense the presence of an evil influence on her  life.  Polanski’s subtle approach to shocks makes for a film that will keep you gripped to the edge of your seat for the entire evening. 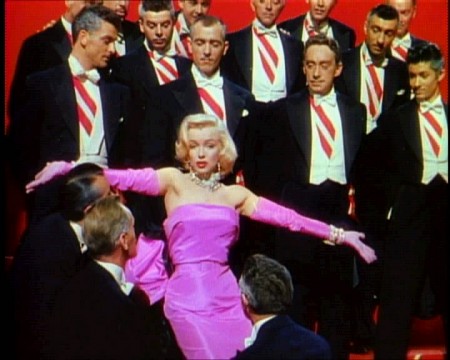 Envision two maverick heroes in a pair of films that redefined action cinema. Director Sergio Leone introduces us to Clint Eastwood’s Man With No Name in a stylized ‘60s Western, while Mel Gibson’s “Road warrior” Max returns to the screen in an adventure full of heart-stopping thrills.  Need a Sunday night pick-me-up? Director Howard Hawks’ quick-witted screwball-musical is one of the most exuberant cinematic entertainments of all-time, its dazzling colors and sparkling comedy enhanced by the formidable screen presence of stars  Marilyn Monroe and Jane Russell.

Hilarious and provocative, Woody Allen’s 1977 classic has lost none if it’s romantic and comic spark. Diane Keaton is a delight in the title role, teaming up with Allen to play a  pair of neurotic New Yorkers drawn to each other from their first meeting.  The film festival ends with UK premiere of New Zealand vampire movie What We Do in the Shadows and in between feast your eyes on an array of films that includes Emma Thompson’s take on Jane Austen’s novel Sense and Sensibility, Annie Hall, the UK premiere of 20,000 Days on Earth, and The Great Beauty – the winner of this year’s Oscar and BAFTA for Best Foreign Language to mark the occasion they asked film fans for their favorite film from highlights of the past 10 years.

After thousands of votes the winning film was revealed as E.T. the Extra-Terrestrial which will be screened as part of this year’s season. Each night DJs play in the courtyard before the film is shown on a state-of-the-art screen with full surround sound. Beside the Screen talks provide special insights into the films, with directors, actors and industry insiders giving talks which illuminate the program.