A Little Dash: On The Run Tour

Posted by stunner3baby | On October 03, 2014 | Leave a comment | Under: A Little Dash, Columnists, Columns, Dash West 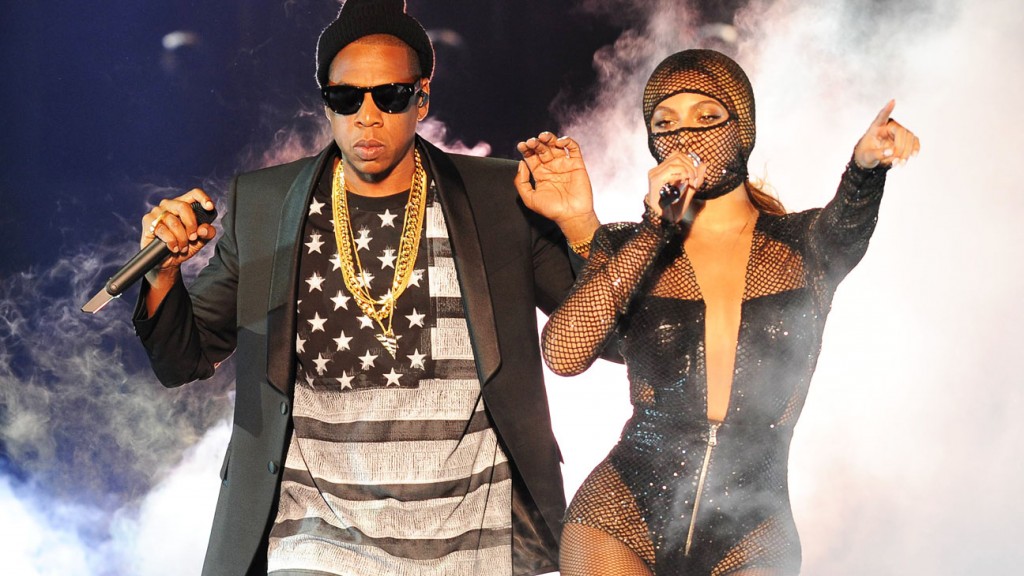 The concert opened with a black-and-white video on the screen accompanied by sirens as Beyoncé and Jay-Z appeared onstage surrounded by smoke. The duo started performing the song “03 Bonnie & Clyde” with Beyonce wearing a fishnet see-through mask and Jay-Z wearing black sunglasses, a star-speckled shirt, black jacket and gold chains. The pair went on to perform “Upgrade U” as the second song during the set “{Crazy in Love” was performed by performed by the duo among purple lights, smoke, and strobe lights with funky horns in the background.

After the performance of the song, “Diamonds from Sierra Leone” began and Beyonce left the stage as Jay-Z continued performing. He performed “Niggas in Paris” on stage before being quickly joined by Beyoncé again for the performance of “Tom Ford”. She returned to the stage with a military cap and sang the background vocals for the song. A performance of “Run the World (Girls)” followed with Chimamanda Ngozi Adichie’s words from “Flawless” appearing on the screen and the latter song was sang by the singer while dancing with her background dancers. A short snippet of “Yoncé” was performed afterwards. An a cappella performance of “BigPimpin” followed accompanied by vintage videos and party scenes on the screen with Jay-Z wearing a fedora. Beyonce performed “Naughty Girl”dressed in a bodysuit as she was immediately joined by Jay-Z for “BigPimpin.”

Beyoncé appeared on stage seated in a glass chair, wearing a full-length sequined bodysuit and performed dancehall choreography to “Ring the Alarm” before continuing with “On to the Next One” along with Jay-Z.  “Clique” followed with Beyonce dressed in hooded leather as montage of war images and fireballs were shown on the screen. During the song,  Beyonce shortly belted out a remixed version of her “Diva” and went on crooning throw back rendition of “Baby Boy.” 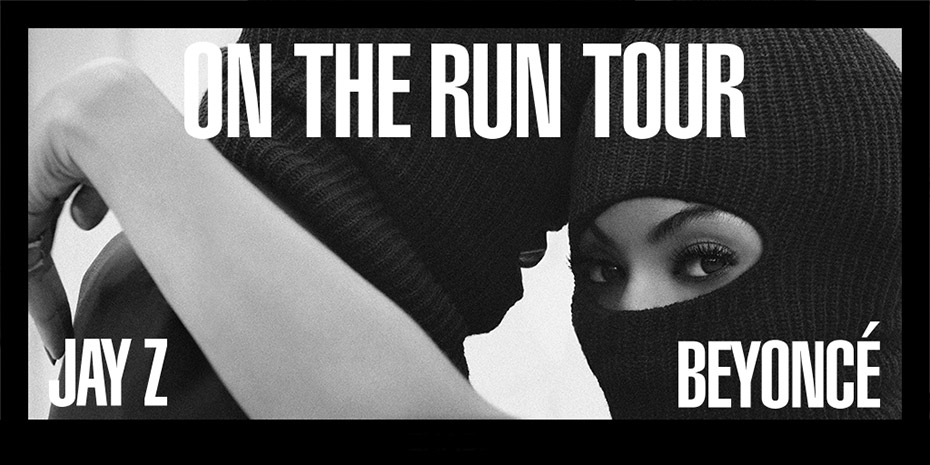 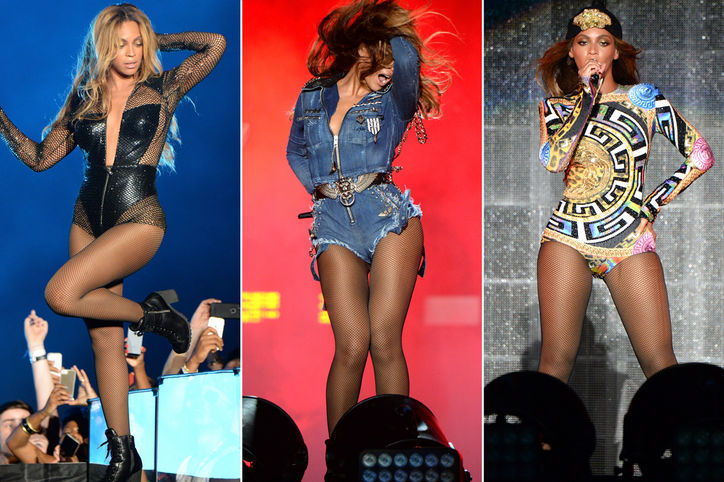 She reappeared onstage dressed in a black drop-sleeve lace for the performance of “Haunted”, “Drunk in Love” was performed with Beyonce  doing a chair dance and Jay-Z appeared during the end to rap his verse.  “Public Service Announcement” and “Why Don’t You Love Me” followed with the latter performance being accompanied by the French dancing  duo Les Twins. For “Holy Grail”, Justin Timberlake’s vocals in the studio version were replaced with Beyonce’s. “Partition” featured a new rap verse sang by Jay-Z and Beyonce performed it with a pole choregraphy along with other female dancers. A video with allusions from “Part II (On the  Run)” showing Beyonce covered in blood in a lineup and glass shattering preceded “99 Problems”.

Beyoncé and Jay-Z sported multiple outfits throughout the different performances of the tour. One of the more prominent designers for the tour was Versace, in which Beyoncé wore both a fishnet and leather Atelier  black bodysuit (complete with a plunging neckline, a fishnet head mask and high heel combat boots), as well as a colorful Atelier bodysuit from the designer. The leather Atelier black bodysuit took approximately 200 hours to craft and was used for the opening number of the tour, “’03 Bonnie & Clyde”.

The colorful bodysuit was commented on by Versace who stated that the team had their inspiration from the street for the color and added various crystals and stripes to show a “baseball vibe” while also trying to capture Beyoncé’s energy. Beyoncé’s tour shoes were designed by Stuart Weitzman and Joker’s Closet. Other outfits included a denim jumpsuit and a bedazzled leotard bodysuit that “showed off her derriere”. Beyonce also sported more thematic and dramatic pieces of clothing, including a full bridal veil and a sweeping train made of a back-and-white American flag. The American flag outfit was designed by Riccardo Tisci of Givenchy and took over 500 hours to create.

On The Run Tour commercially was successful grossing over $100 million in the first 19 North American shows alone, as well as attendance topping 850,000. The show was broadcast in its entirety on September 20, 2012, on HBO, following two mind-blowing concerts in Paris, France, where the tour concluded.

ON THE RUN TOUR GALLERY