Posted by stunner3baby | On June 01, 2014 | Leave a comment | Under: Claude Julian, Columnists, Features, Letter From The Editor

The National Basketball Association’s dirty little secret reared its racist head as the doors to sports racism was blown wide-open with the ideology of the longest tenure basketball sports owner. The outlandish owner of the Los Angeles Clippers, Donald Sterling revealed during a secretly taped conversation by his alleged female friend, V. Stiviano (aka…mistress/gold-digger), openly expressing his distain for black people attending his games and his plantation mentality of how he provides homes, salaries, and lavish lifestyle to his players. On April 25, 2014, TMZ Sports released a recording of a conversation between Sterling and a alleged assistant, V. Stiviano. In the recording from September 2013, a man confirmed to be Sterling was irritated over a photo Stiviano had posted on Instagram.  In which she posed with Basketball Hall of Fame player Magic Johnson. Sterling told Stiviano: “It bothers me a lot that you want to broadcast that you’re associating with black people and you can sleep with [black people]. You can bring them in, you can do whatever you want”, but “the little I ask you is … not to bring them to my games.” Sterling is no stranger to ownership ineptness, countless lawsuits, and noted housing discrimination that was well-documented by the NBA. 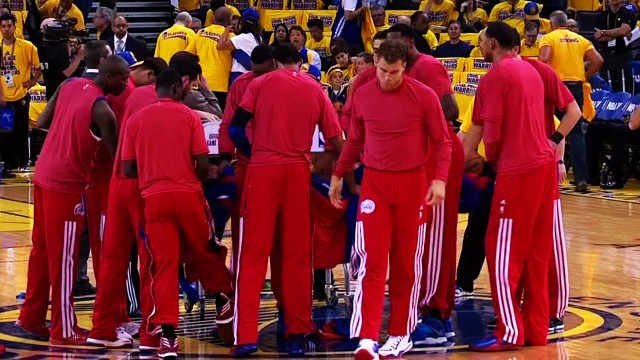 Sporting News described Sterling as “one of the worst owners in basketball for decades,” while The New York Times and Forbes have called him the “Worst owner in sports.” ESPN The Magazine in 2009 named the Clippers the “Worst franchise in professional sports.”  Since purchasing the Clippers in 1981, Sterling’s ownership oversaw the worst winning percentage through 2013–14 of the four major American sports leagues.  Did the NBA turn the other cheek to the truth? Let’s examine the facts closer! In August 2006, the U.S. Department of Justice sued Sterling for housing discrimination in using race as a factor in filling some of his apartment buildings. The suit charged that Sterling refused to rent to non-Koreans in the Korea town neighborhood and to African Americans in Beverly Hills.

The suit alleges Sterling once said he did not like to rent to Hispanics because they “smoke, drink and just hang around the building” and that “Black tenants smell and attract vermin.”  In November 2009, ESPN reported that Sterling agreed to pay a fine of $2.7 million to settle claims brought by the Justice Department and Davin Day of Newport Beach that he engaged in discriminatory rental practices against Hispanics, Blacks, and families with children. In 2005, Sterling was also ordered to pay attorneys’ fees and costs in that action of $4.9 million. In February 2009, Sterling was sued by former longtime Clippers executive Elgin Baylor for employment discrimination on the basis of age and race. The lawsuit alleges Sterling told Baylor that he wanted to fill his team with “poor black boys from the South and a white head coach.” The suit alleges that during negotiations for Danny Manning, Sterling said “I’m offering a lot of money for a poor black kid.” The suit noted those comments while alleging that the Caucasian head coach was given a four year $22-million contract while Baylor’s salary had been frozen at a comparatively insulting $350,000 since 2003. In another first during the Sterling tenure of Clippers ownership, the team gave a four-year contract extension to head coach Mike Dunleavy Sr., as well as a five-year extension to center Chris Kaman. Both extensions took effect starting in the 2007–08 NBA season.

Under Sterling’s ownership, only Dunleavy and Bill Fitch (1994–1998) have lasted four seasons or more as Clippers head coach; as of the 2009–10 NBA season, Dunleavy entered his seventh season as Clippers head coach, by far the longest tenure in franchise history, but was relieved of his coaching duties on February 4, 2010. Dunleavy was also the club’s general manager, but was fired from that position a month later. The Clippers accused Dunleavy of defrauding the team, and he sued the club for money owed on the remainder of his contract; an arbitrator ordered the Clippers to pay Dunleavy $13 million in 2011. Uncharacteristic for an owner, Sterling in 2010 heckled players on his own team—with Baron Davis receiving the harshest treatment—while the owner sat court side during home games.

On April 26, 2014, the team held a meeting to discuss the incident. Both coaches and players expressed anger toward the comments, and they briefly raised the possibility of boycotting Game 4 of their series against the Golden State Warriors on April 27, 2014, before deciding against it. Instead, players protested Sterling’s remarks by wearing their shirts inside-out in order “to obscure any team logo” during their pre-game huddle.  The next day, April 28, 2014, players of the Miami Heat wore their uniform tops inside-out to show solidarity with the Clippers. LeBron James commented on the situation, “There’s no room for Donald Sterling in the NBA.” The owner of the Miami Heat, Micky Arison, also called the allegations “appalling, offensive and very sad.”  NBA’s Kevin Johnson, Kareem Abdul-Jabbar, Magic Johnson, Charles Barkley, Shaquille O’Neal, and Kobe Bryant also condemned Sterling’s remarks.

On April 29, 2014, NBA commissioner Adam Silver announced that Sterling had been banned from the league for life and fined $2.5 million, the maximum fine allowed by the NBA constitution. The ban prohibits Sterling from attending any NBA games, entering any Clippers facility, or participating in any business decisions for the Clippers or the NBA. The punishment was one of the most severe ever imposed on a professional sports owner. Moreover, Silver stated that he would move to force Sterling to sell the team, based on a willful violation of the rules, which would require the consent of three-quarters, or 22, of the other 29 NBA team owners. Silver left open the question of whether Sterling’s wife might take over ownership and management of the Clippers.

President Barack Obama said that comments reportedly made by the owner of a U.S. pro basketball team are “incredibly offensive racist statements”before casting them as part of a continuing legacy of slavery and segregation that Americans must confront. “When ignorant folks want to advertise their ignorance, you don’t really have to do anything, you just let them talk,” Obama said when asked to respond to the reported comments from Los Angeles Clippers’ owner Donald Sterling. President Obama has spoken out against an audio recording of a man identified as Sterling telling his girlfriend not to bring black people to games. Obama cast the comments through a broader platform of racism in America, adding that “We constantly have to be on guard on racial attitudes that divide us rather than embracing our diversity as a strength.”

“The United States continues to wrestle with the legacy of race and slavery and segregation, that’s still there, the vestiges of discrimination,” Obama said during a news conference in Malaysia, where he was traveling.”

“We’ve made enormous strides, but you’re going to continue to see this percolate up every so often,” he added. “And I think that we just have to be clear and steady in denouncing it, teaching our children differently, but also remaining hopeful that part of why statements like this stand out some much is because there has been this shift in how we view ourselves.”