Going to the movie is at an all-time adrenaline rush.  Marvel Comics is turning many of my favorite collectible comic books, into movie high impact entertainment.   The entire journey of Iron Man in Marvel’s third installment is a visual and plot laden adventure.  Brilliant industrialist Tony Stark/Iron Man is pitted against an enemy whose reach knows no bounds. When Stark finds his personal world destroyed at his enemy’s hands, he embarks on a harrowing quest to find those responsible. This journey, at every turn, will test his mettle. With his back against the wall, Stark is left to survive by his own devices, relying on his ingenuity and instincts to protect those closest to him. As he fights his way back, Stark discovers the answer to a question that has secretly haunted him: does the man make the suit or does the suit make the man?

Years later, Stark’s experiences during the alien invasion of New York are giving him panic attacks. Restless, he has built several dozen Iron Man suits, creating friction with his girlfriend Pepper Potts. A string of bombings by terrorist the Mandarin have left intelligence agencies bewildered by a lack of forensic evidence. When Stark Industries security chief Happy Hogan is badly injured in one such attack, Stark overcomes his inner demons and issues a televised threat to the Mandarin, who responds by destroying Stark’s home with helicopter gunships. Hansen, who came to warn Stark, survives the attack along with Potts. Stark escapes in an Iron Man suit, which his artificial intelligence J.A.R.V.I.S. pilots to rural Tennessee, following a flight plan from Stark’s investigation into the Mandarin. Stark’s experimental armor lacks sufficient power to return to California, and the world believes him dead. 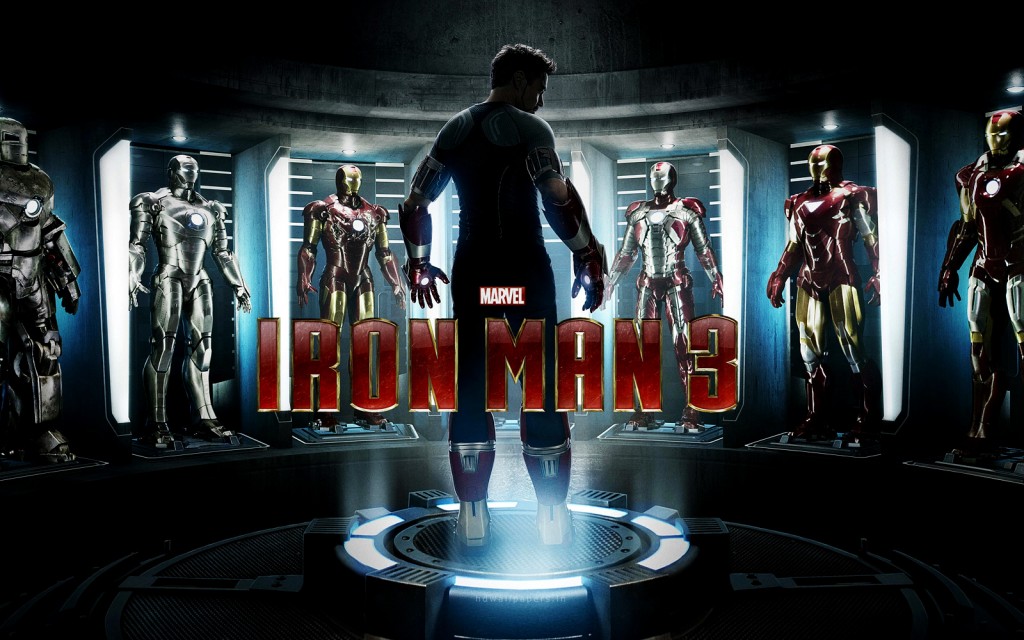 Stark’s best friend Col. James “Rhodey” Rhodes / Iron Patriot (Don Cheadle), the liaison between Stark Industries and the U.S. Air Force in the department of acquisitions. Rhodes operates the redesigned and upgraded War Machine armor, taking on an American flag-inspired color scheme similar to the Iron Patriot armor.  Teaming with a precocious 10-year-old boy named Harley; Stark investigates the remains of a local explosion bearing the hallmarks of a Mandarin attack. He discovers the “bombings” were triggered by soldiers subjected to Extremis, which at this stage of development can cause certain subjects to explosively reject it. After veterans started exploding, their deaths were used to cover up Extremis’ flaws by manufacturing a terrorist plot. Tony Stark witnesses Extremis firsthand when Mandarin agents Ellen Brandt and Eric Savin attack him.

With Harley’s help, Stark traces the Mandarin to Miami and infiltrates his headquarters using improvised weapons. Inside he discovers the Mandarin is actually a British actor named Trevor Slattery, who claims he is oblivious to the actions carried out in his name. The Mandarin is actually a creation of Killian, who appropriated Hansen’s Extremis research as a cure for his own disability and expanded the program to include injured war veterans. After capturing Stark, Killian reveals he has kidnapped Potts and subjected her to Extremis to gain Stark’s aid in fixing Extremis’ flaws and thereby saving Potts. Killian kills Hansen when she has a change of heart about the plan. 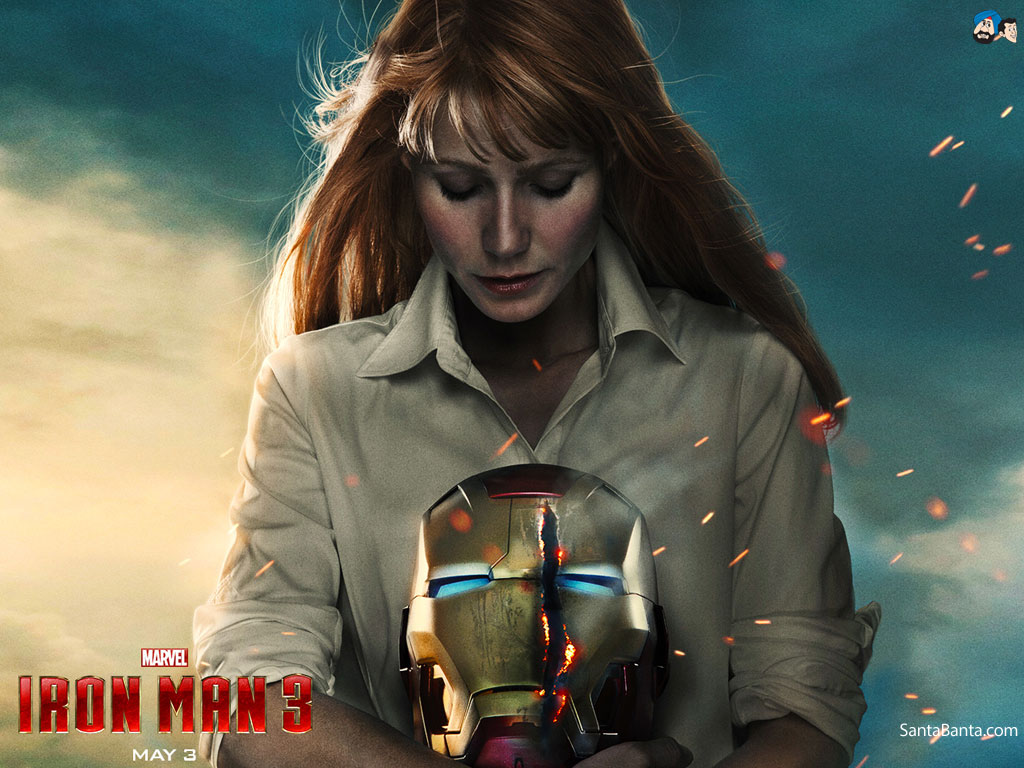 On the platform, Stark goes to save Potts, and Rhodes saves the president. Stark summons his Iron Man suits, controlled remotely by JARVIS, to provide air support. Rhodes secures the president and takes him to safety, while Stark discovers Potts has survived the Extremis procedure. However, before he can save her, a rig collapses around them and she falls to her apparent death. Stark confronts Killian and traps him in an Iron Man suit that self-destructs, but fails to kill him. Killian reveals he is the real Mandarin. Potts, whose Extremis powers allowed her to survive her fall, intervenes and kills Killian.