“The Return” is based on the recovery of Chicago’s Bulls MVP Derrick Rose comeback from a crippling ALC knee injury during Game 1 of the first round of the playoffs against the Philadelphia 76ers on April 28, 2013, Rose injured his left knee while trying to jump. He was immediately helped off the court. The injury occurred when the Bulls were leading by 12 points with 1:22 left to play. An MRI later revealed that Rose tore the ACL in his left knee and would miss the rest of the season. Rose had surgery performed on May 12, 2012, with an estimated recovery period of 8–12 months. D Rose is truly a product of Chicago’s rich basketball sub-culture that drives a player from rags-to-rich in the blink of an eye. Bound by a tremendous core of family stability helps protect, motivate, and drive this unique superstar to be the best. D Rose only mission in life is to win a championship ring with the Chicago Bulls.

D Rose has redefined the game since entering the NBA. What’s inside him, can’t be stopped from his Belief, Hope, Focus, Push and drive, he is all in for The Return. On May 3, 2011, Rose, at the age of 22, was named the NBA Most Valuable Player, surpassing Wes Unseld as the youngest player in league history to receive the award (Unseld won the award during the 1968-69 NBA season at age 23). Rose joined Michael Jordan as the only players to receive the award in Chicago Bulls history. In December 2011, Rose signed a five-year contract extension with the Bulls for $94.8 million. The contract was 30 percent of the Bulls’ salary cap, the maximum allowed under a rule dubbed the “Derrick Rose Rule” from the 2011 NBA Collective Bargaining Agreement.

When Rose’s comeback commences for real on opening night in Miami on Tuesday against the two-time defending champion Heat, there’s no question the league will be savoring the return of one of its biggest sources of star power. Rose sells tons of jerseys, sells tons of tickets, gets more people watching on television and almost certainly will raise the quality of play in the Eastern Conference.

Sure, it’s better for opponents when he spends an entire season in suits.  For the game, it’s better when he’s back on the floor.
“Obviously, he’s one of our better players in the league,” said Miami guard Dwayne Wade, a native of Chicago. “You miss a guy as dynamic as that. The league as a whole missed him. … So I’m sure for the city of Chicago, as he’s a guy who really believes in and loves the city, I’m sure they’re ecstatic. Having him back will bring a different kind of energy.”

Rose was the NBA’s MVP in 2011, and has played in just 40 of the Bulls’ 166 games since then because of a number of injuries – the most serious of them being a blown-out left knee incurred in Chicago’s first playoff game in 2012. Some suggested that because of his athleticism and commitment to rehabilitation, he would miss only a few months.

By the time he returned to the court this preseason, more than 17 months had passed without Rose in uniform. By the time Rose plays in a game for real, it will be 18 months and a day since his knee gave way and subjected him to endless questions about why he could be practicing but not playing. 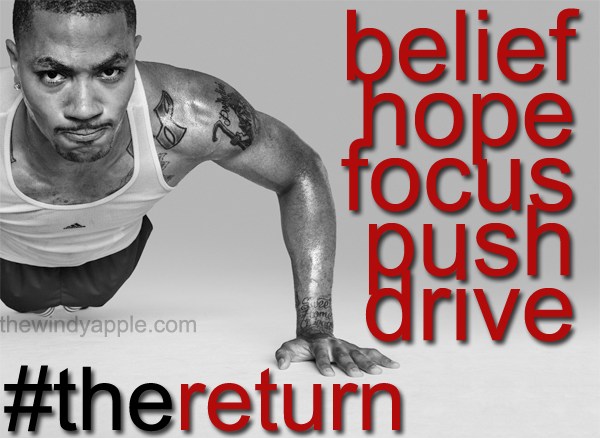 Some of his NBA colleagues understood that logic.

“I thought it was very smart of him not to rush back,” said Cleveland guard Jarrett Jack, who played for the Warriors last season. “Everybody kept thinking that just because it was an injury that happened last year that he should come back in the regular season. They didn’t take into consideration that it happened so late in April, and he would be walking a slippery slope to force himself back and then to try to be himself.  That’s the thing that people forget. You don’t want to come back and just be half of yourself. You want to come back and be at full strength.”

So Rose waited. The Bulls did better than many people expected without him, winning 45 regular-season games, ousting Brooklyn in the first round and taking Game 1 of a second-round series against Miami before falling in five games. And the off-the-court side of Rose seemed to flourish.

He had the top-selling NBA jersey in China, Latin America and Europe last season. His jersey remains one of the most prominent – and popular – at the NBA Store in New York. All that came with the majority of Rose’s public displays of basketball being shooting and dribbling work on the floor before games, often working him into a full sweat while his teammates were in the locker room making final preparations before starting warm-ups.

Derrick has said in reports that he has been tirelessly practicing throughout his off-year both conditioning himself for the rigorous season to come and to make sure his ball handling and shooting skills are up to par. He has said that he has also increased his vertical by 5 inches now allegedly being about to get 42 inches off the ground, making many defenders weary of the return of Derrick. He seems to still have his explosiveness and trademark speed and has lead Chicago to 7-0 undefeated 2013 preseason. 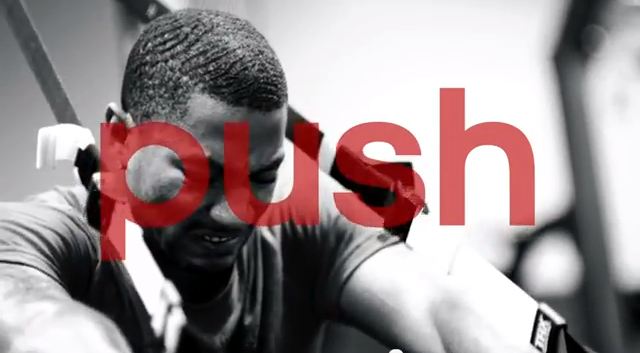 Rose has looked sharp in the preseason, averaging 19.7 points for the 7-0 Bulls. He has ramped up his scoring of late, averaging 27.3 points in his past three games, including 26 in a victory against the Oklahoma City Thunder on Wednesday. And he has shown no hesitation in driving to the basket, as evidenced by his shooting at least 10 free throws in five of his six games.

Chicago Bulls vice president John Paxson said Thursday that Derrick Rose has looked “fearless” during the preseason and that the team has no plans to limit his minutes or games played in his first season back from knee surgery.

“He has been fearless,” Paxson said. “The way he has attacked the basket, his ability pre-injury to change speed in real tight spaces like he showed [against the Thunder on Wednesday] with some of those crossovers and sidesteps past defenders, those are things that he had prior to the injury, and he has obviously shown that and more here in the preseason. The fact that he feels the confidence in this knee that you can just see out there on the floor, that’s a great sign for him.”