Tamar Braxton finally makes her return to the music industry after a thirteen year hiatus with her new studio album entitled, Love and War.   The album was released through Epic Records and was preceded by the singles, “Love And War”, “The One” and “All The Way Home.”  It took a dose of reality TV to bring us to Tamar’s musical reality. If there’s one thing that you’ll take away from Tamar Braxton’s triumphant Love and War, it’s that this girl can sing like few can. Like all classic R&B records, it’s Tamar’s marvelous voice that resounds the loudest throughout—and long after it’s over. It’s like she’s been the music industry’s best kept secret for all of these years, and she’s finally getting the attention she deserves. It’s definitely her time.

Love and War was met with generally positive reviews from music critics. Andy Kellman of All Music gave the album three out of five stars, saying “Indeed, Love and War plays out like it’s designed to contend with the likes of Ciara, Rihanna, Trey Songz, and maybe even Keyshia Cole, rather than those who came up around the same time as Braxton. Slower, more atmospheric productions like ‘Stay and Fight,’ ‘All the Way Home,’ and ‘Sound of Love’ suit her the best and display her considerable skill — by now, given some of the artists who have come and gone since 2000, she should have at least four albums in her past.

The lighthearted numbers — like the Keri Hilson castoff-level ‘Tip Toe,’ the mind-numbing ‘Hot Sugar,’ and the Mike Will knockoff strip-club track ‘She Did That’ — are no match for the fully formed songs that seem rooted in Braxton’s life experiences.” Kathy Iandoli of Vibe gave the album a positive review, saying “Love And War is at times all over the place, but that’s perfectly fine. The project is beautifully crazy—exactly what we’ve come to know and love from Tamar Braxton. 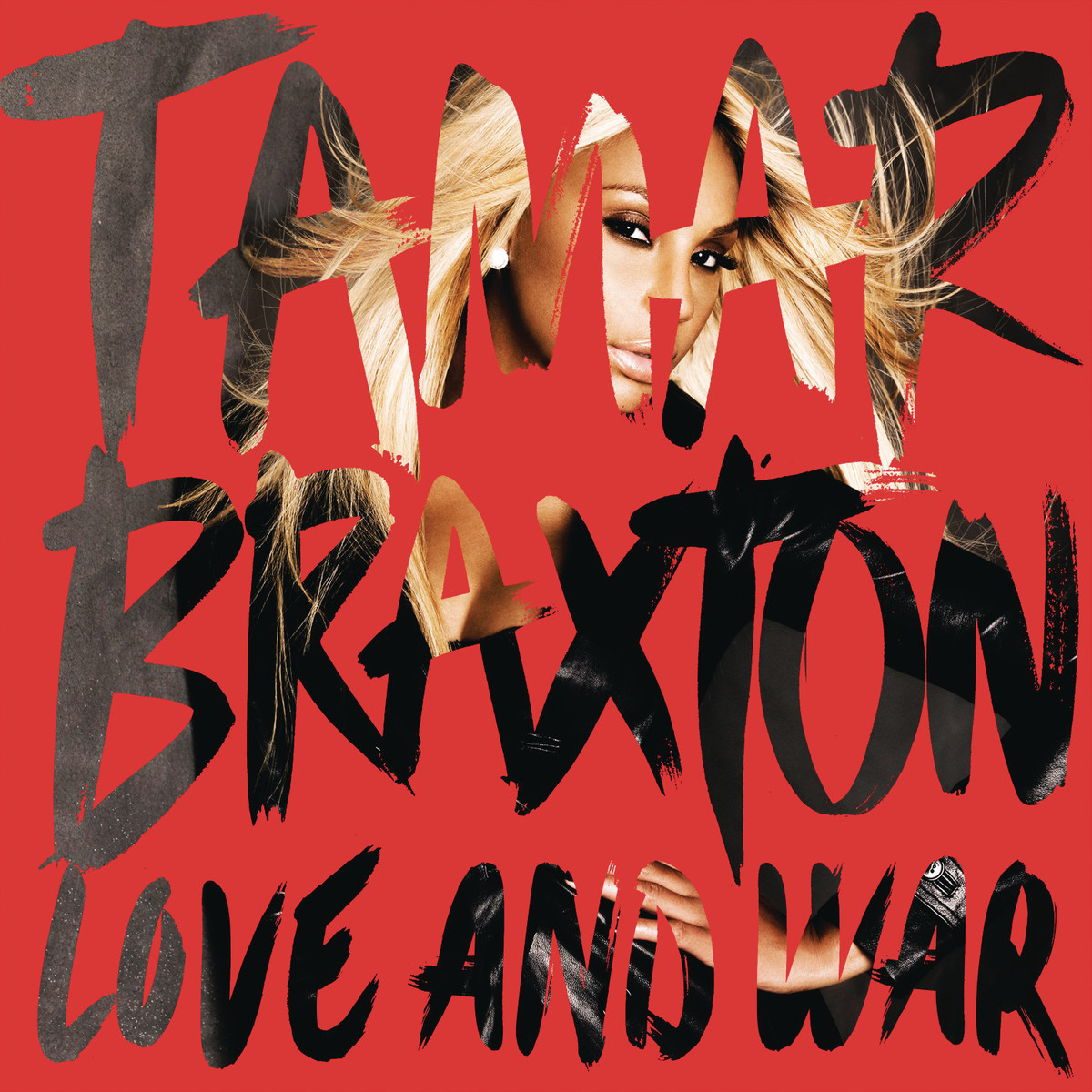 Tamar is the youngest sister to R&B singing icon, Toni Braxton. Braxton rose to fame in 1989 as a founding member of the R&B group, The Braxtons, formed with her sisters. After losing two members, The Braxtons released their only album So Many Ways as a trio in 1996 along with four singles: “So Many Ways”, “Only Love”, “The Boss” and “Slow Flow”.  In 2011, Braxton reunited with her sisters, The Braxtons, for the WE tv reality show, “Braxton Family Values.” The first season was the #1 rated reality show on WE tv and the network ordered a 13-episode second season of the show after the third episode. 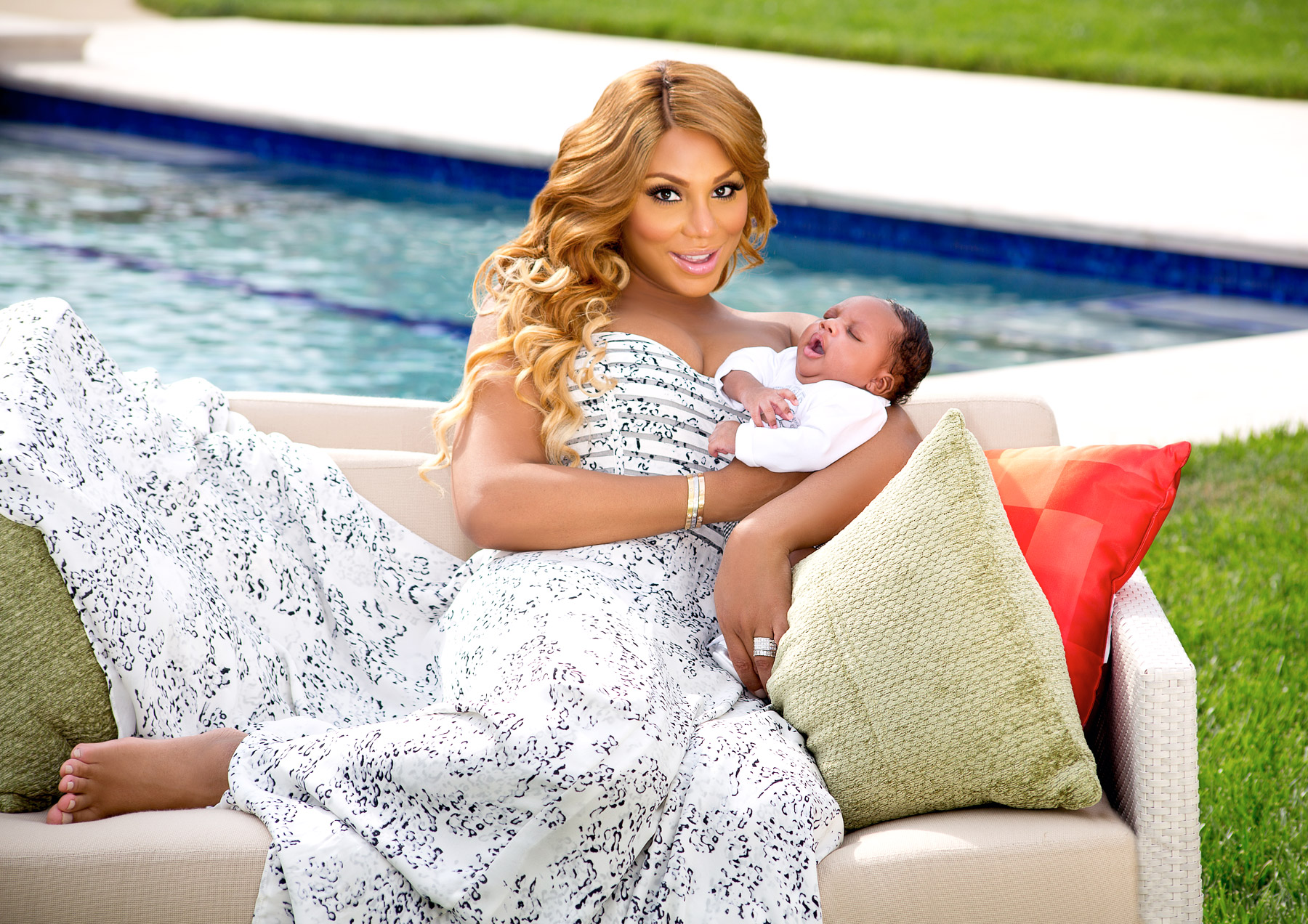 Tamar met record executive, Vincent Herbert through her sister Toni, who at the time was Toni’s producer. They were together five years before they got married. Tamar married Vince in 2008, and they reside in Encino, Los Angeles. She announced she was pregnant with her first child on March 13, 2013, during an interview on Good Morning America promoting the new season of Braxton Family Values. She also posted photos to her personal Instagram. She gave birth to a son, Logan Vincent Herbert, in June 2013.  Her lead single, “Love and War” topped the iTunes charts, reaching number one in the United States. shortly before welcoming her son into the world.  Tamar’s follow-up second single, “The One” from sophomore album was released on May 7, 2013. The third single, “All The Way Home,” dropped August 21, 2013, and was serviced to Urban Radio Stations. By September 2013, the whole studio album was released.  It was a success, selling about 115,000 copies it’s opening week, and debuting at #2 on the Billboard 200 Albums Chart, #1 On U.S. R & B, #6 In Canada, and #11 in the United Kingdom.

The second season of  Tamar & Vince, centered on the preparation and birth of the couple’s baby, and her launch of Love and War, premiered on September 5, 2013. September held another special premiere with the debut of  Braxton’s special Listen Up: Tamar Braxton on Centric.  One month later, Tamar confirmed via Facebook and online that she was recording a Christmas album. The album, titled, “Winter Loverland” will be released November 11, 2013 by Streamline/Epic Records.

FOR MORE OF THE FEISTY TAMAR BRAXTON, VISIT