Stunner Music: The Music of Empire

Stunner Baby Magazine is big fans of the hit hip-hop television series, “Empire.” Fox’s megastar hit musical drama series generating 21.1 million viewers making it the highest-rated season one finale in the last 10 years of television history. The last program to gain such a high first season finale viewership was “Grey’s Anatomy” in 2005.  The Music of “Empire’s” original soundtrack has soared in popularity in the first season debuted at number one on the Billboard 200 albums chart, selling 129,965 copies, which included both album sales and streaming sales. In its second week, the album dropped to number 2 on the chart, selling 109,689 copies, bringing the total to 239,654 copies sold.

Executive producer Lee Daniels set out to find a producer to create the music for “Empire.” Daniels consulted with people he thought could give him a little insight, his children. At the urging of his son and daughter, Daniels contacted super producer  Timbaland known for scoring hits with some of pop music biggest artists including Missy Elliott, Madonna, Brandy, Justin Timberlake, Jay-Z, Nelly and Aaliyah. Jim Beanz co-songwriter/producer and a team of other musical collaborators took their music direction from the writing team of “Empire.”

The first single that was released from Empire was “No Apologies” by Jamal Lyons (Jussie Smollett) & Yazz explores the expressive story telling topics that add layers of  drama. “Tell the Truth” by Smollet captures the raw emotion that speaks to all the lying that goes on in Empire, in the Lyons family, and how everybody just wants to be living in their truth, whether it’s accepted by everybody or not, who cares!

“Good Enough” represents Jamal’s struggle and journey of the father-son dynamic between Lucious Lyon (Terrence Howard) and Jamal. Jamal is the closet form of his father, but his father is paralyzed by stereotype image of his son’s gay lifestyle.

“Remember the Music” by Jennifer Hudson explores the trails and tribulations of the many life challenges that people go through and manage to overcome. Jennifer told People about the track. “In my own life and my own art, I have always aimed to move past barriers and step outside my comfort zone as much as possible, and music has always been a tool that has allowed me to do so. This song really showcases the ability that music has in helping people to find strength and clarity.” 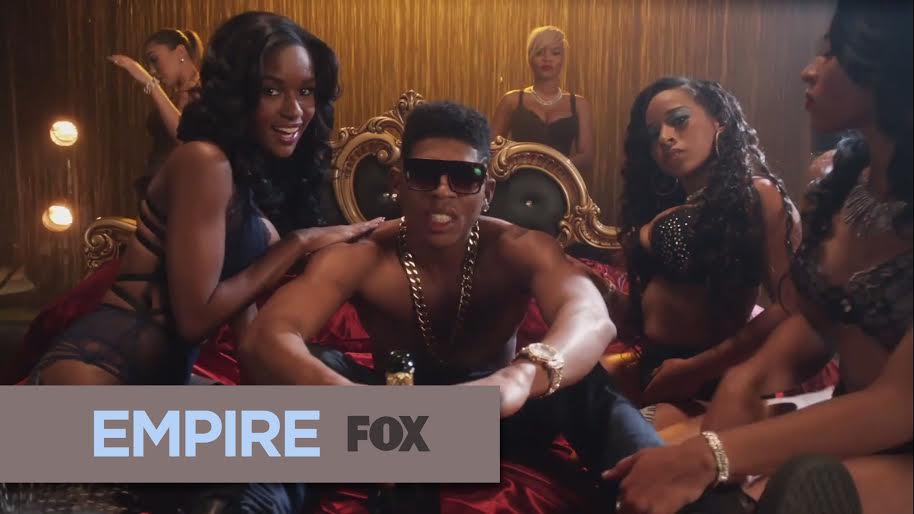 “You’re So Beautiful” performed by Smollett was the lone track released that  represented the eighth episode of Empire. The song embodies what his character is  going through in his openness with his sexuality, as well as his mission to become a megastar recording artist.

“Drip Drop” featuring Tiana (Serayah McNeil) & Hakeem (Yazz) is hands down the catchiest song from the series to date. Tiana and Hakeem are at their best musically here, even if they are at their worst personally. “Drip Drop” will having you singing this catchy hook over and over in your head.  “Keep Your Money” guides Jamal’s courage in standing up to his father as a man who’ll not stay silenced by his cash and wishes demanding that his son’s gay lifestyle remain buried in the closet.

Jamal and Delphine drives the lyrics of “Conqueror” featuring Estelle & Jussie Smollett home with a powerful, inspiring and driving force that allows Jamal to unlock his artistry while cutting ties with his father.  The Music soundtrack of “Empire” kept Madonna’s “Rebel Heart” from having a No. 1 debut for the first time since 1998. It’s a major coup for the breakout hit of the television season. The last time any television soundtrack reached No. 1 in the charts was back in 2010, when three “Glee” collections hit the top spot. It’s been three decades  since a network series soundtrack has such crossover and financial success. Back in the day Miami Vice’s first soundtrack spent 11 nonconsecutive weeks at No. 1 in 1985-86.

As “Empire” continues to break new ground with a highly intelligent viewership enjoying  every minute of this risk-taking television series, we can’t help but strive like Jamal to be honest and to chase your dreams.

THE MUSIC OF EMPIRE GALLERY