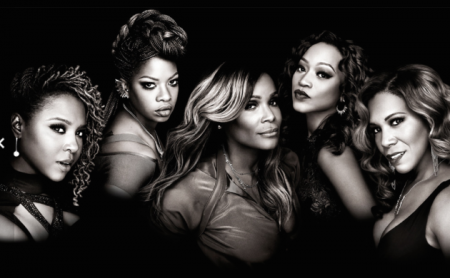 In the limelight of success comes an Atlanta, Georgia spin-off of “Hollywood Exes” called “Atlanta Exes.” It features a group of ex-wives who were linked to A-list men who reside in Atlanta.  “Atlanta Exes” cast incudes; Tameka Raymond, (Ex-wife of R&B singer Usher), Christina Johnson, (Ex-wife of R&B singer Cee-Lo Green), Monyetta Shaw, (Ex-fiance of R&B singer Ne-Yo), Sheree Buchanan, (Ex-wife of Ray Buchanan) and Torrei Hart, (Ex-wife of comedian/actor Kevin Hart ).  Fueled by the lavish lifestyle, expensive homes, the show paints a very painful picture of the highs and lows of a famous lifestyle of infidelity. The pressure of being married to an A-List chick magnets test the very fabric of any marriage vows.

“We are thrilled that Hollywood Exes has found a loyal audience, and optimistic that the Atlantaseries will do the same. These are strong, successful women living very glamorous lives, with an entry point all of us can relate to – and answering the age-old question: what becomes of the broken hearted.”

“The key players at VH1 and Shed Media US have been nothing less than super supportive of our vision at Lynch-Dyson Entertainment,” said Vernon Lynch and Jeff Dyson. “From ‘Hollywood Exes’ and now the expansion of the franchise to ‘Atlanta Exes,’ we thank VH1 for trusting and allowing us the autonomy to cast and create our brand of ‘Reel-Good-Feel-Good’ reality programming for their network.”

VH1 delivers the ultimate mash-up of music, pop culture and nostalgia for adults who still want to have fun. VH1 is available in 99 million households in the U.S. VH1 also has an array of digital channels and services including VH1 Classic, VH1 Soul, VH1 Mobile, VH1.com and @VH1, the hub for all things music and pop culture.

To view more of the fabulous ladies of “Atlanta Exes”, visit